Dos and Don’ts for your CV

Free Dragnet Past Questions and answers 2022

Free Dragnet Past Questions and answers 2022

Can you ace these Dragnet Test Past Questions? Start honing your skills with some past questions practice (Free Dragnet Past Questions and answers 2022) and get a preview of what you can expect on test day.

We pulled these Dragnet Aptitude Test questions from our study pack Dragnet Aptitude test Past Questions 2022 EDITION (Download)  Each sample question includes correct answers, so you can see how to crack it!

Note about the test format:

Dragnet solution test format for Past Questions and answers consist of 3 basic parts and one optional.

You would be required to choose two correct answers out of four options. This section of the test comprises of 20 questions;

Dragnet Solutions Test Format Dragnet is a leading organization that will decide whether you work in some companies or not. For instance, a lot of oil, gas and financial companies in Nigeria use this test when hiring their staff. Dragnet is one of the most difficult tests that are being used now.

Dragnet administers tests for a wide range of companies and the test format is not the same for all of them. Numerical, Verbal and Abstract reasoning test style mainly applies to

I remained at my station at Kaduna until I was posted to Ibadan to take over what was known as
Area 2 command. Area 2 was by then virtually a one Battalion conformation. This Battalion was
less than seven hundred men strong and fewer than a hundred rifles on charge, with fewer than twenty rounds of ammunition per rifle. There was one machine gun, one mortal, one recoilless
rifle and one set of clothing per soldier. The battalion had one land rover and two trucks issued to it. At the same time, the relationship between the soldiers and the civilian population was
strained almost to breaking point. This was caused by the authoritarian behavour and high headedness by some of the soldiers.

My first task was that of restoring mutual confidence and trust amongst soldiers, between the
soldiers and civilians. I discovered that apart from group affinity and loyalty, language was the
second friction, suspicion and fear among the soldiers. The actions of a few of the officers did
not help, but rather worsened the situation. I instructed that English, which is the nation’s
official language, would be the medium of communication throughout the unit. All soldiers were
also ordered to sleep in their barracks and to detest from molestation of the civilians.
Offenders were severely punished. Corporal punishment was not excluded. In fact, it was very
effective. I remembered a story of a sergeant who, without permission drove to Lagos in an army Land Rover to see his brothers without regard for, and over the heads of, and all the superior officers in his units, and the Area commander in Ibadan.

The case was reported to me, I had the sergeant formally charged for conduct of prejudicial to
good order and military discipline and for the use of government vehicles on an unauthorized journey. His unit remanded the case to me. The sergeant was marched before me and after his
charges had been read to me, He pleaded guilty. The sergeant was the severely
punished in accordance with military law. That put an end to such acts.
Within a short time, mutual trust and discipline were restored among the soldiers and the trust and understanding generated between the soldiers and the civilian populations.

It can be deduced from the passage that the writer is
A. a Troubleshooting
B.a Nimble soldier
C. an Authoritarian leader
D. a warlord

2. According to the passage
A.the military is the cause of our woes

B. orderliness is the common characteristics tie to the military C. authoritarian behaviour and highhandedness are synonymous to the military
D. institutional discipline is product of good leadership

3. The purpose of the incidents mentioned in the second and third paragraph is to:
A. that corporal punishment is not excluded in the military
B. prove to extent of the herculean task ahead of the commander
C. corroborate the evidence that discipline was inculcated
D. digress issues from molestation

4. Which of command?
A. His liberal approach to issues in command
B. Dealing with the language barrier situation

C. His insistence that soldiers stay in their barracks
D. The introduction of punitive measures 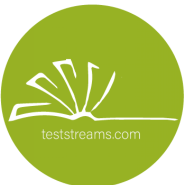